95% of Labiaplasty Patients Are Happy With Their Surgery

"I am thrilled with the way I feel and my results!"

Labiaplasty is an increasingly popular cosmetic surgery procedure designed to enhance the appearance and function of the vulva and vaginal area.

I can’t say enough amazing comments about my experience. The girls who helped me along the way with my procedure made me feel so confident and comfortable. Dr. Kafali was the absolute best. Her knowledge and professionalism were off the charts. Monika was outstanding and beyond patient. My nurse Nikki was the sweetest. Everyone else was so friendly including the patients who were with me in the waiting area. The office and surgery center was immaculate. I definitely recommend this practice and will for sure be returning.

Labiaplasty offer may not be combined with other offers or promotions. Offer not valid on past quotes or procedures. Not everyone is a candidate for a procedure and a consultation is required. Other exclusions may apply. Contact our office for details.

One of the Premier Gynecologic Surgeons in the Chicago Area

Labiaplasty was given a 95% “Worth It” ratings from realself.com which makes it one of the highest rated procedures available today.

Dr. Kafali has distinguished herself as one of the premier Cosmetic Gynecologic Surgeons in the Chicago area. She received the Patients’ Choice and Most Compassionate Doctor Award, and was selected one of the Top 10 Best Ob/Gyn in IL. 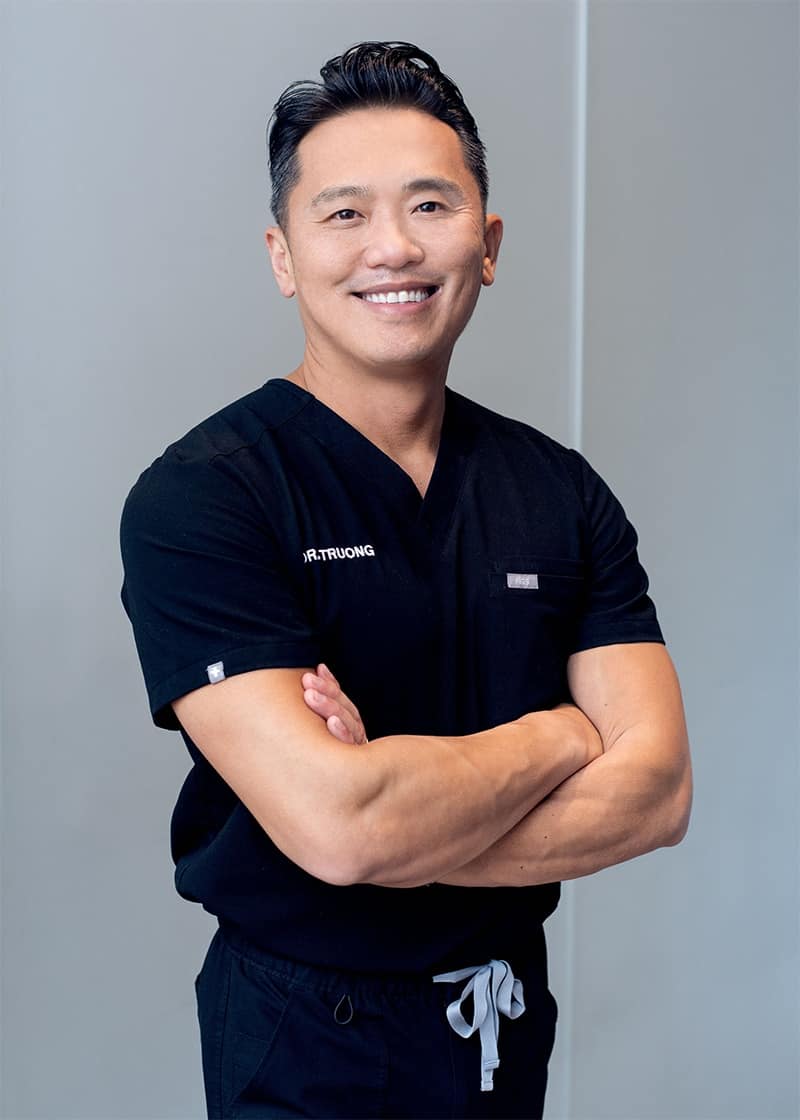 Voted one of America’s top surgeons in the field of Cosmetic Surgery by Consumer’s Research Council of America.

Men and women from all over the country come to Chicago to see Dr. Truong. His amazing results earned him the reputation as a “breast & body specialist.”  He brought his skills to Chicago in 2014 and established Chicago Breast & Body Aesthetics.

Dr. Truong is a triple-board certified cosmetic surgeon with a long list of academic awards and professional accolades.

Dr. completed medical school at University of Colorado School of Medicine where he was encouraged to pursue a surgical career by his professors who saw in him the rare combination of intellect and talented hands that are the hallmarks of an excellent surgeon.

Labiaplasty is an increasingly popular cosmetic surgery procedure for enhancing the appearance and function of the external vulvar tissues, or inner and outer “vaginal lips”.   Labiaplasty  falls into the general category of “vaginal rejuvenation” which may also include procedures like monsplasty, vaginoplasty, hymenoplasty, G-spot augmentation, clitoral unhooding, frenuloplasty, perineoplasty, fat injections, and combinations of these.

Labia minora reductions are more common than labia majora reductions or augmentations, although both are a growing field in plastic surgery. Labia hypertrophy is the increased growth of either the labia minora or labia majora in relationship to each another. Although labial hypertrophy is not strictly defined yet as a pathologic condition, patients who have aesthetic or functional concerns may benefit from labial reductions.

Significant hypertrophy of the labia can cause pain, irritation, and discomfort with clothing. The psychological problem of not feeling ‘normal’ in comparison to the perceived ideal anatomy cannot be underestimated.

Labiaplasty surgeries are expected to continue to increase in frequency as the techniques and procedures become more defined. The popularity of the procedure is expected to increase as knowledge of the benefits increase.

According to one study done in 2000, of 163 labia minora reductions, 87% of patients had labiaplasty surgery for aesthetic reasons, while 64% desired surgery because of discomfort in everyday clothing. In the same study, 85% had bilateral labiaplasty, compared with 15% who had asymmetric hypertrophy requiring a unilateral procedure.

There are several reasons a patient may desire this particular procedure, including functional and aesthetic concerns. Severe labia minora hypertrophy may cause pain when wearing underwear, riding a bicycle, exercising, or having sexual intercourse. Patients have reported insecurities about appearances with a sexual partner or while wearing tight-fitting clothing, such as bathing suits.

In the same manner that children report being teased about physical features, numerous slang terms are associated with excess labial tissue and are often psychologically damaging and increase social anxiety. Recent trends in pubic hair grooming have led to increased visibility of and increase focus on the labia.

Realself.com gives the procedure a huge thumbs up, with 441 women so far who went through the procedure returned a 95% “worth it” rating over 24 months.

Pregnancy and weight gain can increase the fat accumulation and ptosis of female genitalia, predominantly the labia majora. Therefore, after childbirth or significant weight loss, a patient may desire to have the wrinkled appearance or increased size of her labia addressed. The remarkable difference it has made to boost the confidence of those who have undergone the surgery cannot be understated.

It appears that more and more women will flock to this procedure to enhance their lives enormously.

Am I candidate for labiaplasty surgery?

If you have discomfort with the anatomy of your labial tissues, either physically or psychologically, you may be a candidate for labiaplasty. Psychological factors may include embarrassment or anxiety about the appearance of the vagina or labia, or could simply be a personal preference for a certain aesthetic. Physical factor could include discomfort or pain with intercourse or when wearing certain clothing, chronic irritation and thickening of the tissues, or difficulty with maintaining hygeine. If you have any of these symptoms, then you may be a candidate to discuss your options for vaginal rejuvenation or labiplasty. Is it wrong for me to be concerned about how my vagina looks?

In many cases, labiaplasty is a purely cosmetic procedure (like breast augmentation) where a patient may prefer a certain aesthetic appearance to the labia. Some patients may feel embarrassed about their appearance and it may even cause anxiety or emotional distress. Of course we understand that vaginas and labias come in all different shapes and sizes and there is no reason to feel distressed about variations in anatomy. However, just like breast size or nose shape, there can be personal preferences to aesthetic appearance. In absence of actual physical discomfort or issues, aesthetic preference may be considered a legitimate indication for labiaplasty, just like breast augmentation or rhinoplasty.

What issues can be addressed with labiaplasty?

Trimming the "inner lips" is most common

The most common procedure performed during a labiaplasty is a labia minora reduction, which is trimming or reducing the size and projection of the labia minora or “inner lips”. However, libiaplasty can also include clitoral hood reduction, labia majora enhancement (reduction or plumping),

What is Vaginal Rejuvenation?

Reversing signs of aging or childbirth

Vaginal rejuvenation by definition is restoring of the vaginal tissues to reverse signs of aging or childbirth. This can include labiaplasty to remove loose or redundant tissues as discussed above or could also include plumping of the labia majora with fat grafting if there is volume loss. Other procedures would include actual vaginal opening, vaginal canal tightening, and hymen repair. There are also procedures to lighten or improve skin discolorations and texture. A well-trained vaginal rejuvenation surgeon will be able to assess and discuss all of these options with you. How is labiaplasty performed?

Labiaplasty is a surgical procedure that can be performed under local anesthetic or, more commonly, under sedation. Rarely is general anesthesia necessary for simple labia minora reduction. Once anesthetized you will be placed in stirrups. The incision is made using a scalpel or laser device and bleeding is usually controlled with electro-cautery. Once the tissues are removed, the incisions are closed using absorbable sutures. Your surgeon may elect to place a non-absorbing removable suture in certain cases. Labiaplasty is an outpatient procedure where you should be able to go home the same day and rarely would you need to be admitted. The procedure typically takes less than an hour to perform.

What is the difference between an "edge trim" and a "wedge resection" labiplasty?

Here are some different techniques

There are various techniques for labia minora reduction. The most common techniques fall into the category of either “edge-trim” or “wedge resection”. In an edge trim procedure, the front edge of the labia minora is excised along the entire length of the vaginal opening. The advantage of the edge trim technique is that it is very versatile and as much or as little tissue can be removed safely. In addition, the tissue along the entire labia can be addressed in one incision including the clitoral hood and posterior tissues near the posterior fourchette. The disadvantage of this technique would be loss of the leading edge of the labia which can result in a less “natural appearance.” The wedge resection labiaplasty technique on the other hand is designed to preserve the front edge of the labia minora. In the wedge labiaplasty, a triangular “wedge” of tissue is removed from the central part of the labia, preserving the edges above and below. The advantage of the wedge labiaplasty is that it preserves the natural edge of the labia, resulting a more “natural” appearance. Some argue that sensation is better preserved as well since the edge is intact. Less tissue is typically removed because the wound can be under more tension. Also if clitoral hood reduction is necessary, an additional incision may be needed when doing a wedge. Disadvantages of the wedge include the scar placement in the middle of the labia can be more visible. This problem can be solved with the “inferior wedge” technique where the scar is placed much more posterior and is more hidden. When done correctly, both incisions tend to heal very well with minimal visible scars and good preservation of sensation. The technique used should be customized to each individual case and patient preference.

You will have some discomfort

You should expect some discomfort after a labiaplasty, which is typically very well tolerated with help of ice packs and over-the-counter pain medication. Your surgeon may elect to prescribe a narcotic pain medication for a short period. Pain tolerance may vary, but most patients describe only minimal discomfort following this procedure. You can also expect some bruising and swelling which can range from minor to moderate, but is always temporary and should subside in a week or so. When can I have sex after labiaplasty?

After a labiaplasty, you will be asked to abstain from sexual intercourse for at least 4-6 weeks. This is to allow the incisions ample time to fully heal and to ensure the least scarring and the best cosmetic result. Your surgeon will advise you at your follow up appointment when you can resume sexual activity.

What is Labial Puff?

The process of adding volume

Labia majora augmentation, also known as “Labial puff” is a procedure that adds volume and plumpness to outer lips or labia majora. Due to genetics, weight loss, or aging, the labia majora can often appear deflated and wrinkled. This can be corrected with a labia majora augmentation using either your own fat or a filler. Autologous fat is of course more long-lasting procedure with at least 50% of the fat injected surviving permanently. The fat is usually harvested from the inner thighs or abdomen and clearly injected into the labia to achieve a fuller, more plump appearance, which is considered more aesthetic and youthful. The improvement is seen in both lying down lithotomy position as well as in standing position making the cleft more narrowed. If you think you need some labial majora fullness and puffing, please consult with one of our vaginal rejuvenation specialists! How much does Labiaplasty cost in Chicago?

Labiaplasty Results
Before & After Gallery

Dr. Truong's before & after gallery is second to none, with years of experience and thousands of surgeries, and zero serious complications, it's no wonder he's known as "Dr. Breast and Body"

See Before & After Photos

Other Services You Can Get with Your Labiaplasty

Imagine feeling more confident in your own skin!

Imagine how good it will feel!

Get a complimentary Labiaplasty consultation (a $150 value) today!

*Results will vary from person to person. All individuals are unique and will experience unique results from the procedures provided at Chicago Breast & Body Aesthetics.